Games will begin on Tuesday, Sept 24
Deadline to Register is Sept. 17.
Team Fee is only $295.  Or sign up as an individual for $75 and we will place you on a team.
Teams are guaranteed 7 games including a final week Championship game.

Registration Form is Below

Apex Sports Zone has a full size basketball court with 4 baskets that are adjustable and seating up to 100 people.

Apex Adult Basketball will follow the current National Federation of High School Basketball Rules book.  Game officials will have final say on the interpretation of rules and basketball play

Teams must have a minimum of four players to start the game.  Clock will start at scheduled game time.  Teams without the minimum number of players five minutes into the half will result in a forfeit.

All players on the team must wear same color shirts.  Each shirt must have a number on the front or back.

Games will be two 20-minute halves.  The clock will run continuously until under two minutes left in the half.  The clock will then stop on all whistles.  Each team gets one time out per half.

If the score is tied after regulation, teams will play an overtime.  Fouls carry over and each team will receive one time out.  Jump ball will determine possession.   First team to score five points wins.

All players must be added to official team roster before they are allowed to play.

Profanity, swearing or “trash talking” will result in a technical foul up to discretion of ref.  Players ejected from game will automatically serve an additional one game suspension.

Apex Sports Zone has a zero tolerance policy when it comes to fighting.  Any fighting will result into an immediate ejection of the game as well as a suspension for the following game. 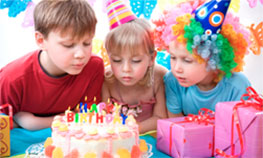